This vignette was originally posted on Austenesque Reviews as part of my blog tour, but I’m sharing it here as well for fans of Mistaken to enjoy.

“Why not?” Darcy repeated, his stride lengthening with Elizabeth’s every objection.

“I simply prefer to walk.” She hastened her steps to bring herself abreast with him once more.

“I understand your preference, but that ought not preclude the activity altogether, surely?”

“You are that opposed to it?”

She wrinkled her nose and shrugged. “Can you not drive us in the curricle?”

“It will not go where I wish to take you. It is over uneven ground.”

“It is above six miles there and back.”

“As can I, but being able to and wishing to are very different things.”

“Then I shall walk and you ride.”

She was diverted to see his jaw clench and his eyes sweep closed in a prolonged blink. “Quite apart from it being spectacularly ungentleman-like, you would never keep up.”

“I would if you had your horse walk slowly.”

“What would be the point of riding then?”

Darcy abruptly stopped walking and turned to face her. “You are the most vexing woman I have ever met, know you that?”

Elizabeth had to assume the question was rhetorical when he took her by the shoulders and tugged her against him for an ardent and lengthy kiss. Pulling away, he pierced her with a gleaming, almost ferocious stare that any other person might have construed as anger. She knew better and melted a little in his grasp.

“And you are the most persuasive man I have ever met,” she whispered breathily. “It had better be a reliable mount.”

His countenance somehow assumed a look of unashamed rakishness, though she could not see that he had moved a muscle. “Unfailing.”

“Which is yours?” she enquired upon entering the stables. Her eyes had yet to adjust to the dim light within, thus she saw only the great looming silhouette of the steed to which Darcy led her—somewhat predictably the largest, blackest shadow in the stalls. “I ought to have guessed. Very impressive. He is obscenely fast, I presume?”

“He can be, though I rarely require undue speed of him.”

She grinned at such an endearingly reasonable answer, concealing her amusement by turning to stroke the behemoth’s muzzle. “What is his name?”

The ensuing pause stretched long enough to prompt her to look askance at Darcy. He was regarding her as though she had enquired whether the creature wore a dress to church on Sundays.

She frowned in puzzlement. “You have not named your horse?”

“And my mount?” she enquired incredulously. “How ought I to refer to that?”

He shrugged, beginning to look a little offended. “The grey.”

Darcy replied very concisely that it was.

“Chestnut. What point are you attempting to make, exactly?”

“None,” she replied with affected innocence. “I am only surprised. I thought all great men gave their horses grand, evocative names from antiquity.”

He huffed indignantly and reached to stroke His Horse’s muzzle himself. “It is a pretentious fashion. A horse is a horse.”

“What of your hunting dogs? Do they not have names?”

“Only such as the kennel master required to train them—not mawkish sobriquets.”

Elizabeth smirked. “Your house has a name.”

He narrowed his eyes at her in a gesture that would have been alarmingly similar to his aunt’s if not for the faint curl of his lips. “No, it has a description. Pemberley derives from The Barley Hill.”

“Of course it does. Silly me.”

Their conversation was interrupted by the arrival of a groom and the general business of getting mounted and under way. About a half of an hour of comfortable conversation and uncomfortable riding passed, and they lapsed into blissfully contended, if contemplative, silence. Despite her undesirable perch, the scenery was every bit as spectacular as Darcy had promised, and Elizabeth beheld it all with delight. Left too long without occupation, however, her spirits soon returned to playfulness.

“Will you name our children similarly?’ she enquired presently.

Darcy made no answer but sent her a wry glance.

“The dark-haired one,” she continued, grinning. “The brown-eyed one. The tall one. God forbid we should have a short one, lest you label him ‘Runt.’”

“Perhaps you should walk, after all.”

Laughing heartily at being so advantageously vindicated, Elizabeth promptly slid—albeit somewhat inelegantly—from her saddle. Her feet had barely touched the ground before Darcy had leapt from his horse, crossed the several yards between them and snatched her into his embrace.

She gasped, unable to conceive of any endearment more masterful, more seductive, more impassioned than the literal description of her person. The air nigh on crackled in her ears as his lips crushed hers, his ardour rising unchecked to take them both on an altogether different journey than either had anticipated making that day. She surrendered gladly to his fervent caresses, inexpressibly content to be forever more Fitzwilliam Darcy’s woman.

“Will you show me the glade another day?” she later whispered as he lifted her with heart-fluttering ease back into her saddle—from which he had detained her long enough that they must now return home if they meant to arrive before dusk.

“There is no need,” he replied in a low voice. “It is no longer my favourite place.” He kissed her hand and smiled her favourite smile. “This is.”

4 thoughts on “A Horse is a Horse: A Mistaken Vignette”

Mistaken is a witty and romantic novel that delights in the folly of human nature.

First Edition (no longer in print) 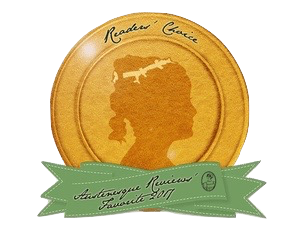